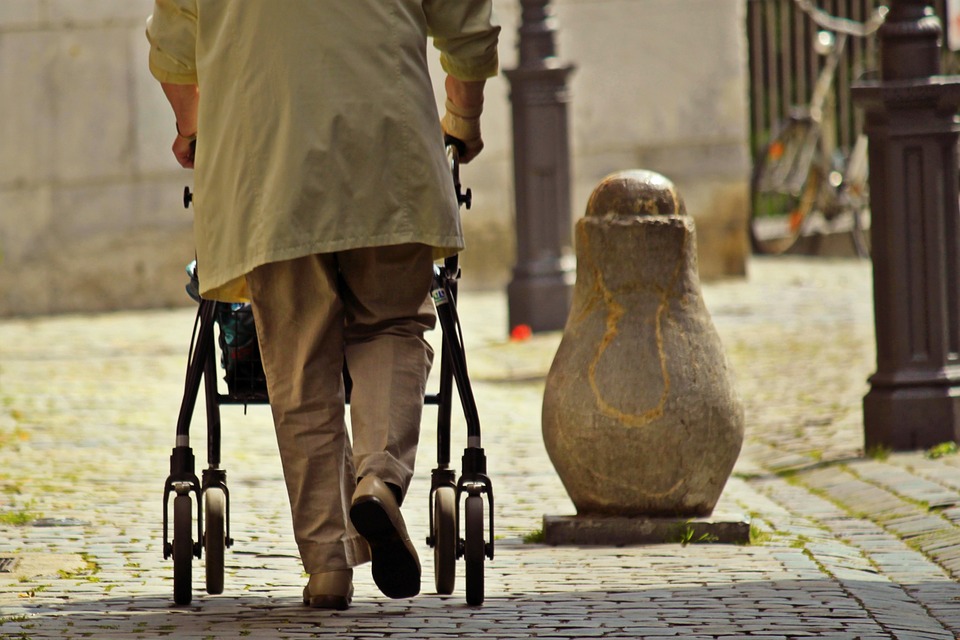 Frailty is increasingly becoming a subject discussed, particularly relating to the perioperative period. It was not until 2001 that the concept of frailty as a biological condition was identified. The phenotype of frailty is defined by the presence of three or more of the following criteria: self-reported exhaustion, poor grip strength, unintentional weight loss, slow walking speed and low physical activity. These characteristics have been demonstrated to be predictive for falls, hospitalisations, disability and death. They are also predictive for postoperative severe morbidity and mortality. There are numerous tools available to assess frailty. There is considerable debate as to whether frailty can be an interventional target. Measures that reduce the severity or prevalence of frailty would have huge benefits for individuals, families and society.

Prehabilitation, defined as the enhancement of preoperative condition of a patient, is a potential strategy for improving postoperative outcome. The Proactive care of the Older Patient undergoing Surgery (POPS) implemented at Guys and St Thomas’ NHS Trust, London is a pathway for the high-risk elderly patient having surgery and shows promising results. Widespread assessment of frailty is not common and we probably should be looking at this more often. What is important though is not just to identify frail patients but attempt to implement interventions to improve their perioperative outcome.

Colorectal cancer is the fourth most common cancer in the UK after breast, lung and prostate (Cancer Research UK). About 20% of patients with colorectal cancer have liver metastases at diagnosis. In this scenario, chemotherapy has a median survival of between 6-22 months. However, in suitable patients liver resection has 5 year survival rates of between 44 to 74%. In 2001 the English Department of Health recommended that hepatobiliary surgery should be centralised. This follows increasing evidence that centralisation of specialist surgical services creates units that treat higher-volumes of patients that have better patient outcomes.

This cohort study aimed to compare patients with primary colorectal cancer and liver metastases being treated at a hepatobiliary centre (‘hubs’) compared to those treated at a centre which did not offer hepatobiliary surgery (‘spokes’). The study highlighted the need for a standardised assessment and onward referral pathway with clearly defined and nationally agreed referral protocols for patients with metastatic colorectal cancer. Referring all patients with liver metastases would prove resource intensive as many patients would benefit from palliative treatment compared to resection. This is likely to be an increasing problem as more specialised services are centralised.

Solutions suggested in this article include video-conferencing, hepatobiliary surgeons attending colorectal MDTs at so called ‘spoke’ hospitals and an education programmes from hepatobiliary MDTs to colorectal cancer surgeons. Could this be the aim for future service development?

We know that surgical trauma causes the release of both pro- and anti-inflammatory cytokines. These molecules affect a range of cells that have a major role in the body’s defence against infection and tumour metastases. The stress response from surgery is also known to suppress cellular immunity. The bigger the surgical trauma the greater the inflammatory response. We also know that the anaesthetic and analgesic drugs and techniques we use can affect the stress response, cellular immune response as well as the inflammatory response to surgery. To what extent this is significant is still being studied and we are learning more all the time. However, it has been demonstrated that epidurals reduce the stress response and can attenuate immunosuppression associated with major surgery. This study aimed to compare the inflammatory response in patients receiving epidurals versus those receiving intravenous morphine for analgesia. It also compared open surgery and laparoscopic surgery with regard to inflammation and stress response.

The study authors found that the choice of analgesic technique (epidural or I.V. opiates) had only a minor effect on postoperative inflammation. In contrast, the surgical technique (open vs. laparoscopic) influenced the inflammatory response. Patients having open surgery were found to have significantly higher concentrations of several pro- and anti-inflammatory serum cytokines during open surgery. Although they do note that this seems to be a short-lived response and there were no differences in cytokine levels after 3-5 days. This is not a conclusive study and possibly raises more questions than it answers but maybe for once, anaesthetists aren’t to blame…………….

Severe postpartum haemorrhage (PPH) remains an important cause of maternal morbidity and mortality. Compared with vaginal delivery, women undergoing caesarean section have a higher risk of PPH. Evidence also suggests that PPH is occurring more frequently. In the US between 1994 and 2006, the rate of atonic PPH increased 160% among women undergoing caesarean section after induction and 130% in women having an elective caesarean section. The International PPH Collaborative group has called for more studies using clinical data to better understand relevant and potentially preventable risk factors associated with PPH. Risk factors included some that are expected such as general anaesthesia, multiple pregnancies, placenta praevia and chorioamnionitis. Some other risk factors for PPH were identified such as CSE anaesthesia, predelivery anaemia (especially if haemoglobin <9.9g/dL) Hispanic race, gestational diabetes, younger patients, those receiving government-assisted insurance and primary caesarean section. In all cohorts of patients studied general anaesthesia had the highest adjusted odds of severe PPH – whether this is related to the fact that many anaesthetists would choose to give a general anaesthetic to patients who have conditions such as placenta praevia is unclear.

Being able to identify the risk factors would be important to be able to plan resources and interventions for high-risk patients undergoing elective or intrapartum caesarean section.

Adverse long-term impact general anaesthesia on the developing brain is a current hot topic. In January’s journal watch we briefly looked at a paper related to the ‘Drug Safety Communication’ warning issues in December 2016 by the FDA that repeated or prolonged (>3 hours) anaesthesia in children under 3 years old and in women in their third trimester may affect the development of children’s brains. This review looked at the most recent experimental and clinical observations. Evidence from rodent experiments strongly suggests that anaesthetics can result in long-lasting changes in neuronal plasticity. However, the two most robust clinical studies (General anaesthesia compared to spinal anaesthesia and Paediatric Anesthesia Neurodevelopment Assessment) did not find an association between brief exposure to anaesthetic agents and poorer neurodevelopment outcome.

Clearly, more research is needed to clarify this important issue. This review fits with the FDA warning which stated that ‘additional high quality research is needed’. Procedures requiring anaesthesia in this group of patients are rarely carried out if not absolutely necessary. The risk vs benefits of delaying or proceeding with anaesthesia should be considered on a case by case basis with discussion between parents and doctors. We should however be prepared to be increasingly questioned this topic as evidence continues to emerge……….

Medical workforce planning involves attempting to predict demand and supply of healthcare professionals to meet the populations healthcare needs. The aim of medical education and training pathways is to provide appropriately trained and adequate numbers of doctors to fulfil this need. These predictions rely on doctors progressing through their careers in a predictable manner so maintaining the status quo. Yet currently nearly one in tow medical graduates leave training in the UK at the first opportunity to do so while keeping their options for returning open. What is not fully understood is the reasons behind this. Improved knowledge of the relative importance of different career-related values of senior medical students is essential in being able to encourage and support individuals to stay in the training system further down the timeline.

Importantly this study was carried out well before the junior doctor contract issues and ensuing strikes. The conflict revolves around changes to working conditions which will result in the loss of pay for unsocial (weekend/evening/night) hours and requires the same number of doctors to cover longer rotas. The government are targeting the very job characteristic that is most valued by medical students. The ramifications of this conflict on medical workforce planning remain to be seen.

A PhD dissertation abstract looking at the use of alfentanil and rocuronium for rapid-sequence induction (RSI). Traditionally, RSI uses a combination of thiopentone and suxamethonium. Rocuronium is now considered a suitable alternative to suxamethonium. However, it still has a slower onset of action. Opioids are now an integral part of a standard anaesthetic induction. Due its very rapid onset of action alfentanil may be a suitable drug to use in conjunction with rocuronium during a RSI.

The goal of this study was to look at the efficacy of alfentanil  and the dose needed to achieve optimal conditions for tracheal intubation, avoid the release of stress hormones and significant arterial blood pressure changes when used in conjunction with thiopentone and rocuronium. The results suggest that alfentanil with rocuronium represents an excellent alternative to suxamethonium during RSI. The full results and discussion are not yet available for will be interesting to see.

To ensure patient safety and to be a competent surgeon, or for that matter a doctor of any specialty, requires effective non-technical skills as well as technical expertise. Recently the Royal Australasian College of Surgeons introduced a curriculum incorporating non-technical skills that they considered essential for a competent surgeon. This study aimed to compare the non-technical skills of experienced surgeons who completed their training before the introduction of the new curriculum with the non-technical skills of more recent trainees. Surgeons were divided into subgroups according to their years of experience. They then undertook a simulated scenario designed to challenge their non-technical skills – the closure of an emergency trauma laparotomy – sounds simple but in true simulation style the patient soon deteriorated and haemorrhaged needing a blood transfusion, except the patient was a Jehovah’s Witness. There were also a whole host of other stressors such as distractions, interruptions and other factors relating to communication. The scenarios were video-recorded and assessed using the Non-Technical Skills for Surgeons (NOTSS) scoring system.

When comparing junior versus senior trainees, senior trainees generally achieved higher scores with some exceptions: situational awareness, gathering information, leadership and supporting others. But when comparing junior trainees to experienced surgeons the senior experienced surgeons achieved lower scores for all the NOTTS elements. Overall, there was an increase in the mean NOTTS score as trainees progressed towards fellowship. The scores peaked at or shortly after fellowship and then decreased linearly over time. This may not represent a true deterioration in skills with more experience. Some hypotheses include that more senior surgeons are used to working in clinical situations where they make the final clinical decision and also they may be used to making their decisions implicitly. The NOTTS score relies on surgeons explicitly articulating their thought processes. This generally comes naturally to trainees as they usually work alongside a supervisor where they need to explain their clinical reasoning.

What this study makes clear is that training in non-technical skills is required at all levels of training, including past the fellowship and beyond.